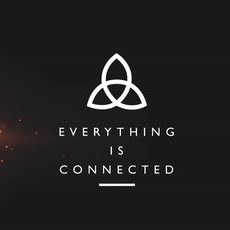 There are television shows and then there is DARK. To state that this German series on Netflix is mind boggling and mind numbing would be an understatement. In my opinion the creators Jantje Friese and Baran Bo Odar have dished out a masterpiece of philosophy and spirituality under the guise of science. I say thus because unless we take a bird’s eye perspective using a philosophical approach, it is nearly impossible to make a sense of the seeming improbabilities in this befuddling show.

The storyline of DARK is intricately woven and one has to watch it to experience the nuances. Though it unfolds at a languid pace, every scene holds onto your attention. For those continuing to read, be warned that there are a few spoilers ahead. DARK begins on a melancholic note of Mikkel’s suicide. The viewers are then slowly pulled into the world of small German town of Winden with a nuclear power plant which serves as the ground of apocalypse. There are numerous characters but each is etched painstakingly and have an identity of their own. Alongside the various quantum physics concepts of time travel, bootstrap paradox, Schrödinger’s cat and multiverse, the viewer is introduced to Nietzsche’s philosophy of eternal recurrence, the 33 year cycle and the medieval Celtic symbol of triquetra. The heady cocktail reaches dizzying levels beyond a certain point, making it difficult for the viewers to keep pace with the going ons.

However, amidst the perplexing plot, the creators have smartly planted clues to help viewers decipher the method behind the seeming madness. This is in the form of dialogues, which are infact timeless philosophical and spiritual concepts. These are mouthed by various characters at different points in the series all along. Following are the ones which struck me the most and helped me make sense of it all (or atleast I think so). I should mention here that I am purposely not quoting the episodes where these dialogues appear. That way, even those who have watched this series can make a conscious attempt to view the entire thing in fresh light.

(1) “Our thinking is shaped by dualism.”

The two main characters Martha and Jonas are infact metaphors for the duality of human mind. Jonas wants to end the suffering where his father and his beloved Martha face death. He is convinced that killing Martha and thereby preventing the birth of her son (who is the origin of both worlds), he will cease existence of both worlds and the subsequent darkness ensuing will be a paradise without any suffering. Martha, on the other hand, wants both worlds to continue for that is the only way her son can live. But the duality affects those around them and ensures that the endless cycle of suffering continues, as is the case with our lives.

2) “Life is a labyrinth. Some wander around until their death in search of a way out of it. But there is only one path, and it leads ever deeper inside. Only when one reaches the centre will one understand.”

Tanhauss’s pain of losing his son, daughter in law and grand daughter gives rise to pain which in turn creates his desire to invent space – time travel to bring back his lost ones. This is the “origin world” or “the beginning”.  Two worlds arise from Tanhauss’s pain which, according to me (and as I have mentioned above), is a metaphor for the duality represented by Jonas and Martha. Jonas eventually has to go back at the point when it all started – Tanhauss’s desire – and stop everything from being created, thereby putting an end to the endless suffering – the apocalypse which makes Jonas lose Martha, Mikkel and other loved ones. In our lives too, it is only when we look inwards and identify our true self, we attain enlightenment (represented by the bright light chamber in the final episode where we see Jonas and Martha realising that they have always desired each other). When we understand our true nature (which is nothing but sheer awareness) and our desires, we can let them go and put an end to our sufferings (attain salvation).

“The ways of the heart cannot be explained. It wants what it wants.”

The debate on free will vs determinism may continue but Friese and Odar are convinced about the universe being a deterministic one where free will is merely an illusion dictated by what we want (the way we are born). As Jonas and Martha disappear from Tanhauss’s “origin world” after they manage to prevent the accident which killed Tanhauss’s family, Jonas tells Martha – “We are perfect for eachother. Never believe anything else.” Jonas manages to do what he willed – prevent the creation of the two worlds. But he could not prevent himself from wanting what he wanted – Martha.

4) “Everything repeats itself again and again since we cannot let go.”

As I mentioned earlier, Jonas is unable to let go Martha when they disappear from the “origin world”. In the final scene at the dinner table, Hannah describes her nightmare where the world ends and there is only darkness. Regina asks what would each one wish if the world were to end to which Katharina replies – “A world without Winden”. But as a they raise a toast to this, the lights return and Peter exclaims – “Looks like Winden doesn’t want to just disappear.” Katharina asks Hannah if she has thought about naming her baby. Hannah replies – “I always thought Jonas was a good name.” This last interaction hints at Jonas being born again in the “origin world” with his desire for Martha intact and everything (somehow) repeats itself . The beginning (“origin world”) was the end (“of the two worlds”). The end (“of the two worlds”) in “origin world” is the beginning – the hint that Jonas will be born again to Hannah (Friese and Odar can take this ahead in further seasons using the multiverse concept but I feel they should not). Jonas’s action dictated by his desire for Martha thus gives rise to an unending cycle of “Birth (Beginning) – Life (Desires) – Death (End)” :  the Triquetra.

No matter how much we know, there will still always be more to know. Many a mysteries in this Universe are unsolved and so will certain occurences in the series (eg.mystery behind Woller’s eye, possibility of Jonas being born again in the ‘origin world’) – is probably what Friese and Odar are hinting at. They have splattered colours of philosophy and spirituality on a wide canvas of quantum physics. Sometimes absorbing such colours, rather than detailing them leads to a more enriching experience. Sometimes immersing oneself in sheer DARKness leads to enlightenment. Go, Indulge! 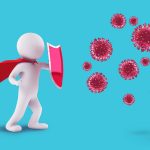 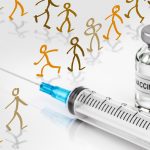 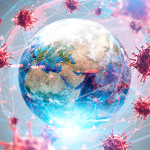