The obvious reveals itself

In medicine, sometimes the diagnosis is simple and obvious. It merely takes bit of time, patience and clinical acumen on part of the treating doctor to clinch it.

Ganesh Chathurti is a day of festivities for all of us. This year was no exception except for the fact that I had an emergency Laparoscopic Cholecystectomy after the ‘Ganesh pujan’. Amidst all this, there was this 40 year old male – a voluntarily retired army man – who came for consultation in OPD. I would have asked him to come another time but he seemed to be in distress. He was suffering from severe acidity and back pain for the past one month and the problem had aggravated since 2 days. I did a quick evaluation and prescribed few medicines, asking him to see me after 5 days.

However, on the 3rd day he was back in my OPD. To my utter surprise, he had absolutely no relief with the medicines and still complained of the acidity, back pain. A 40 yr old seemingly healthy army man with such unrelenting symptoms – I kept enquiring more and was about to advise him a MRI examination when he mentioned about his intermittent right side chest pain. And in a flash, the obvious was revealed! Such varied physical symptoms are usually a result of anxiety/depression/stress. My next question to him was – “Has there been any undue mental stress lately?” He fell silent. Tears swelled up in his wife’s eyes who was accompanying him. She exclaimed – “We lost our 11 year son to cancer last month.”

The couple’s 10 year old son was diagnosed to have Ewing’s sarcoma – a malignant bone tumour which is known to spread rapidly. For nearly a year, they battled the deadly disease but it proved futile in the end. It also took a toll on the father’s mental health which in turn was now causing his physical symptoms. A short course of anti-depressant along with PPI (medicine used to reduce acid secretion in stomach), some counselling and the man is much relieved now.

I am a General Surgeon and happen to see many patients with stomach problems/acidity. But nearly 30-40% of these have some or the other stressful situations going on in their lives. These mental conflicts sometimes present as physical symptoms in the form of acidity/constipation and it is essential for the patients to know this.

From a doctor’s viewpoint – they say a good doctor listens to his patient carefully. Many a times, the diagnosis is revealed by the patient himself in the history taking or the clinical examination. Sometimes, a few relevant questions can be more useful to clinch the diagnosis than a plethora of investigations. The obvious reveals itself. 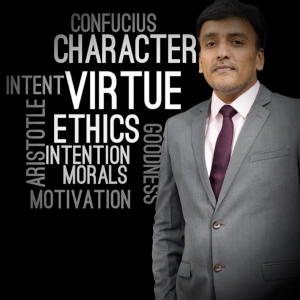 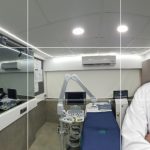